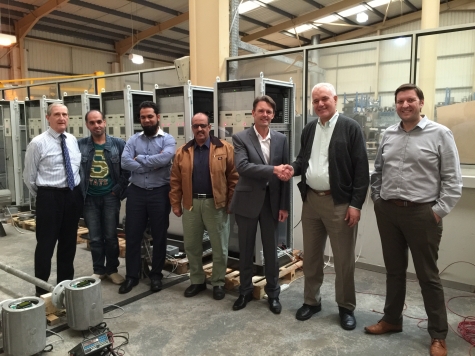 Mr. Mahmoud El Dardiry, the lead SEC Engineer on this project and his colleagues, attended to supervise and witness a Factory Acceptance Test (FAT) of Motherwell High Accuracy tank gauging systems which are soon to be deployed across the SEC network.

MTG are contracted to deliver eight separate systems to SEC and each system successfully passed the strict technical rigour of the SEC defined FAT.